The Christmas Box Angel Statue was introduced to the world in the book
The Christmas Box, a worldwide bestseller and hit television movie by
author Richard Paul Evans. In the book, a woman mourns the loss of her child at
the base of an angel monument. Though the story is mostly fiction, the angel
monument once existed but is speculated to have been destroyed. The new angel statue was commissioned
by Richard Paul Evans, in response to reports that grieving parents were seeking
out the angel as a place to grieve and heal. The monument was dedicated on
December 6, 1994-corresponding with the date of the child’s death in The
Christmas Box
(Coincidentally, Dec. 6th is celebrated in many parts of the world as
Children’s Day).  The sculpture is the creation of a father and son from Salt Lake City, Utah,
Ortho and Jared Fairbanks, and modeled according to the description in Evans’
book. The face of the angel is that of Evans’ second daughter, Allyson-Danica.

Join us each December 6th @ 6:00PM for a candle light service in remembering our lost children.
Our Angel as it appears over looking the Labyrinth Garden 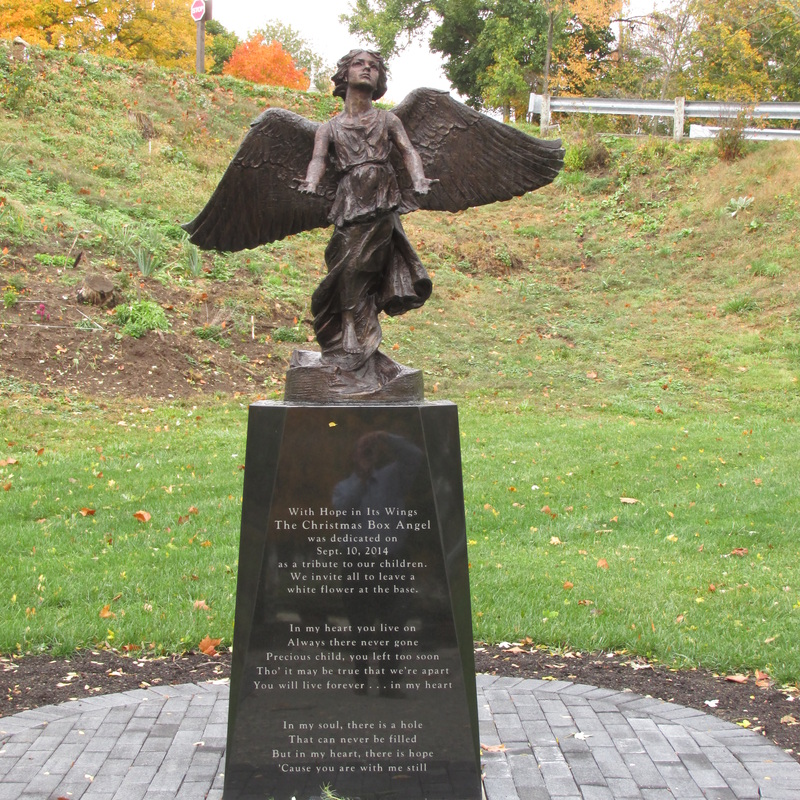